Longing for the greatest and wonderful adventure escapes in this world! Desiring to escape in the remote regions of the world where peace exists! Do not worry! Himalaya in South Asia is such a wonderful travel destination where you can make greatest adventure escapes. The dilemma is just to choose one for your great travel experience in the Himalayas.

The top 9 great adventure escapes in the Himalayas are –

The Annapurna Base Camp Trek is considered to be one of the most popular trekking escapes in the world. Mt. Annapurna, the 10th highest mountain in the world, rises to 8091 meters. This stimulating trek passes through waterfalls, villages, farmlands, rhododendron forests, and mountain vistas. The trek takes off from the lake city of Pokhara at a mere height of around 800 meters to a high altitude of over 4,000 meters with gradual acclimatization process. Trekkers also pass through a diverse geographical and cultural variation with amazing ranges of flora and fauna in between. In this trekking journey, travelers enjoy the sheer magnificence of the Himalayas, including two mountains that are above eight thousand meters – Mt. Annapurna and Mt. Dhaulagiri (8167m). Warm hospitality and rich culture of the local community add extraordinary aspects of this trek.

Annapurna Sanctuary Trek is a spectacular journey on foot to the South Face of Annapurna I. It is a fantastic hike through the ethnically diverse villages and forests assorted by flora and fauna. In the hike, travelers explore the way upstream along the Modi Khola into the Annapurna Sanctuary, a valley surrounded by towering Himalayan peaks including the breathtaking Fishtail Peak-Machhapuchhare (6,993m). This trek also provides an opportunity to experience the glimpses of sunrise view over the Dhaulagiri and Annapurna ranges from Poon Hill. Traversing through valleys, villages, rivers, waterfalls, and forests and enjoying the magnificence view of nature, the trek passes through more crystal clear views of the unconquered Machhapuchhare peak (6,993m/22,943ft). The peaks of Annapurna-III (7,600m/24,934ft) and Annapurna-IV (7,400m/24,278ft) are visible from this point and the gigantic glacier of Machhapuchhare makes its presence felt.

The Everest Base Camp trek, the world’s most grandest walk, takes to the region of world famous Sherpa, the culture of colorful prayer flags and Buddhism, the picturesque Namche Bazzar, the Sagarmatha National Park, the mightiest view point-Kala Patthar, Everest Base Camp itself and close to four of the world’s six tallest peaks Mt. Everest, Mt. Lhotse, Mt. Makalu, and Cho-Oyu – those rise above everything else. In this greatest adventure escape, travelers enjoy the Sherpa culture and its monasteries.

Everest View Trek, another magnificent trek in the Everest region, offers a wide range of spectacular scenery combined with unique cultural encounters with the Sherpa people who inhabit these high altitude regions. The flight from Kathmandu to Lukla drops to the heart of the Solu Khumbu region. From Lukla, the trek continues through the lush vegetation of Sagarmatha National Park, with pine forests, rhododendron flowers and an abundance of wildlife, to Namche Bazaar (3440m). Furthermore, the trek brings the traveler to the village of Tengboche (3930m), home to the highest Buddhist monastery in the world (4100m) and reputed by photographers as one of the best places to capture the awesome beauty of Mt. Everest (8848m) and its surrounding peaks.

Jomsom Muktinath Trek reaches to the maximum altitude of 3800 meters. Continuing along the Kali Gandaki River Gorge, travelers reach to the view point of splendid peaks of Annapurna-I and Dhaulagiri. In this great escape, the travelers explore the years old monastery, caves, local tribes and scenic beauties of the different landscapes. The trekking experience of this region will be most rewarding once the visitors make an adventurous start from world’s deepest gorge to the world’s highest regions passing through an almost tree-less barren landscape, and panoramic views of Nilgiri, Annapurna, Dhaulagiri and several other peaks. The trek gets interesting once the trekkers pass through Jomsom and Kagbeni, the entry point of upper Mustang. The grandeur of the region intensifies as the first glimpse of the windy Tibetan Plateau on the way to the holy Hindu pilgrimage site of Muktinath (3800m) emerges. From Muktinatht downhill to Jomsom, travelers land into the land of “Forbidden Kingdom of Mustang”, and get a glimpse of the ancient traditions still in practice.

Upper Mustang Trek encompasses a spectacular remote Trans-Himalayan mountain area with Tibetan cultural influence. The Upper Mustang region also known as the “Last Forbidden Kingdom” is a treasure trove of thousand years’ old monastery, caves, local tribes and scenic beauties of the different landscapes. The great adventure journey starting from world’s deepest gorge to the world’s highest regions of  Lo-Mangthang Valley passes through an almost tree-less barren landscape, a steep rocky trails and astounding views of Nilgiri, Annapurna, Dhaulagiri and several other peaks. The surprising fact of this region is that the thousands years of isolation has kept the culture, lifestyle and heritage of this region intact.

In escaping for Kanchenjunga Circuit Trek, travelers get a chance to intermingle with the prosperous culture and society of north eastern corner of Nepal. Kanchenjunga (8,586m) is considered as one of the most beautiful mountain massifs in the world. The circuit trekking is popular among nature enthusiasts as it is a long adventure to the most remote and beautiful area of Himalayas in Nepal. 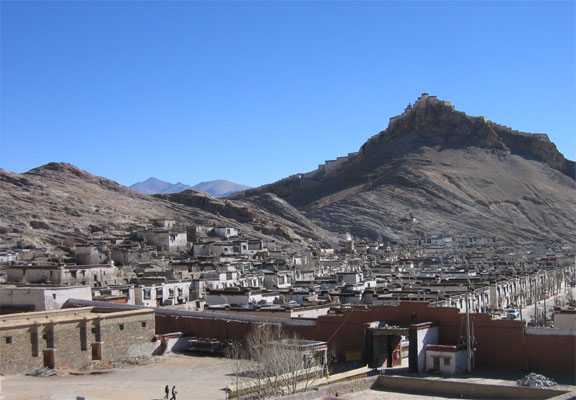 Explore Lhasa, the most spiritually fascinating journey in the Himalaya, takes the great escape seekers into the world of pristine Buddhist highland. Tibet, the ‘Roof of the World’ and the mystical Buddhist ‘Kingdom of the Snows’, has for centuries evoked images of a lost Shangri La. Tibet’s stunning Himalayan views, high plateau, artistic Buddhist monasteries and extraordinary people offer one of the world’s great escape experiences.

Kailash Manasarovar Yatra is known for its religious value, cultural significance, spiritual importance and thrilling nature. The celestial beauty of Mt. Kailash is not only fascinating, it is also the ultimate pilgrimage destination for Hindu, Buddhist, Jain and Bon religions from around the world. The Kailash region also includes the two turquoise-blue, pristine high-altitude lakes and that are Mansarovar and Rakshesa. Another uniquely contributing fact to the spiritual aspect of Kailash is that four most sacred rivers of the Indian sub-continent begin from here and those are Sutlej, Karnili, Brahmaputra and Indus.