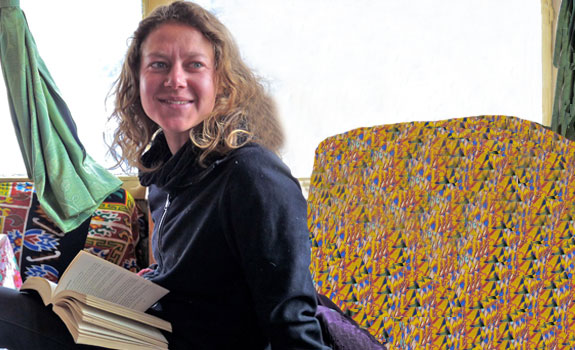 A lot has been written about Nepal by foreigners: from history books to scholarly papers about its art, culture, and people. Memoirs about alpine trekking in Nepal are equally plentiful.

Fiction set in Nepal is not as famous, but it is nonetheless numerous, and many of them make for good reading. Here is a list of fiction books where the events happen in Nepal.

The Kingdom by Clive Cussler

Clive Cussler is a name well-renowned for adventure tales, many of which have reached the New York Times bestseller list. A part of the “Fargo series” that features the husband-wife team of Sam and Remi Fargo, most of the action in this book takes place in Nepal. It starts with a hunt for a lost man, and ends in intriguing clues that go back to the medieval age. And on the way, it takes you through a trail of seemingly unintelligible clues that reveal fascinating patterns of the jigsaw when it ultimately fits. For once, Nepal is not the scene of religious or spiritual discourse but of a fast-paced, tightly bound plot.

The Oriental Casebook of Sherlock Holmes by Ted Riccardi

We all know the story of the legendary detective’s death and resurrection: due to public demand, Arthur Conan Doyle was forced to write “Return of Sherlock Holmes” three years after he had been killed off. What was Holmes doing in the interim? Eighty years after Doyle’s last Homes story came out, Ted Riccardi came up with the answer. Sherlock Holmes spent those three years wandering across Nepal, Lhasa, and Tibet, and as was his wont, solving cases. Set during the British Raj, Holmes finds himself embroiled in all kinds of devious political plots involving powerful countries all over the world. A good read for anyone who wants more of Sherlock Holmes and enjoys Kipling.

The Mountain is Young by Han Suyin

The year was 1958, barely a decade after Nepal opened itself to the outer world in 1950. A young woman comes to Kathmandu, an adventurer looking for peace, self-discovery, and spiritual closure. It is said that this novel by Han Suyin, who came to Nepal to cover the coronation of King Mahendra, is semi-autobiographical, almost confessional. While her character Anna meets and marries a Nepali engineer, Han went on to marry an Indian and spend her life in South Asia. The gentle, lyrical book became a bestseller immediately after publication, and many remember it today for introducing Nepal to the world when it was shrouded in mystery.

His Dark Materials by Philip Pullman

This trilogy covers not just different continents but many different worlds and universes, so finding a mention of the Himalaya among them is a treat. The protagonist Lyra is held captive in a cave among the Himalaya. A local girl called Ama helps her by bringing her herbs to fight the sleeping potion she is given (perhaps Pullman did not realize that Ama is the Nepali word for mother). Lyra’s friend Iorek comes looking for her. Iorek, a polar bear whose home is melting fast, realizes that not all snows are the same. His understanding that he cannot survive in a snow that he doesn’t know is a call for saving the habitats of wild animals.

The Ascent of Rum Doodle by W. E. Bowman

Many, many books have been written by and about mountaineers and their feats in Nepal. This is the book to ridicule them all. This fictional account parodies the real life memoires and accounts written of alpine expeditions. The highest mountain in the world called “Rum Doodle” is a clear reference to Mt. Everest. It is located in “Yogistan”, no prizes for guessing what that means. Each person in the ascent team is more incompetent than the last, the Yogistani porters the most incompetent of all. The team caps its under-achievements by climbing the wrong peak. Even though the book makes fun of the sport of mountaineering, it remains beloved among alpine-fiction enthusiasts. The name of the restaurant Rum Doodle in Kathmandu is said to be inspired by this book.

We in Nepal don’t give much thought to the ape-man called Yeti, but the Yeti has definitely managed to capture the world’s imagination. Escape from Kathmandu is one of the more famous books reflecting this fascination. This is a novella about two expats’ fascination with Kathmandu. They go on a scientific expedition where they find a Yeti, and a lost Shangri-La kingdom. When they discover that the Yeti has been imprisoned and is being taken abroad, they set out on a rescue mission. This humorous story illustrates Nepal as it was fifty years ago. The characters have many encounters with the government and bureaucracy of Nepal, and many real-life characters make their appearances.