During your Kathmandu Tour, explore how Dashain significantly resides into the social, cultural and religious psyche of Nepalese people. Dashain is the longest and the most auspicious festival in the Nepalese annual calendar, celebrated by Nepalese of all caste and creed throughout the country. While enjoying Nepal Holiday Tour, capture the sights and merriments of Nepalese people and see how they indulge into the biggest festival of the year. The festival, a unique ancient tradition, invokes goddess Durga through animal sacrifice. The travelers’ 15 best Dashain attractions are listed here. 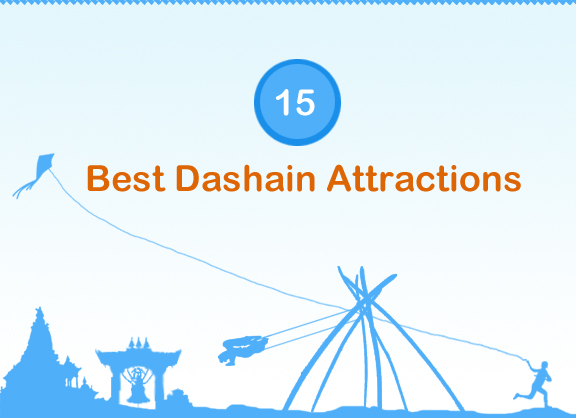