The United Republic of Tanzania, as it is officially known, is a country in East Africa bordering Uganda to the north; Kenya to the northeast; Comoro Islands and the Indian Ocean to the east; Mozambique and Malawi to the south; Zambia to the southwest; and Rwanda, Burundi and the Democratic Republic of Congo to the west. Several options to enter into the country include direct international flights or connecting flights, and through land borders by road if you are in one of the neighboring countries of Tanzania. The country has three major international airports, along with over 120 small domestic airports and landing strips. Usually, the international flight costs are cheaper during March and April while it is almost similar during rest of the other months.

There are only two daily direct flights from Europe to Tanzania, one from Amsterdam and another from Istanbul. Travelers from Europe can fly from either one of the two hubs or fly to the east African hub of Nairobi to get a connecting flight to Tanzania. British Airways from London, Air France from Paris, Swiss Air from Zurich, Brussels Airlines from Brussels, Lufthansa from Frankfurt, and Kenya Airways from London fly directly into Nairobi. Alternatively, travelers flying into Dar es Salaam, can connect through Cairo (Egypt Air), Dubai (Emirates), Abu Dhabi (Etihad), Addis Ababa (Ethiopian Airlines), Muscat (Oman Air), or Doha (Qatar Airways). Some of the above airlines have options of flying into Kilimanjaro or Zanzibar as well.

There are no direct flights from North America to Tanzania so travelers need to make two stops en route; or a single stop either in Istanbul or Amsterdam. Turkish Airlines has direct flights from more than 10 North American cities to Istanbul, and onwards to Tanzania. Likewise, KLM links more North American destinations to Tanzania via Amsterdam. Alternatively, travelers from North America can fly directly to Johannesburg from Atlanta with Delta Air Lines or from New York or Washington with South African Airways and then get connected onwards to any one of the international airports in Tanzania. For South American travelers, direct flight from Sao Paulo to Johannesburg and connecting flight to Tanzania is the most direct route. Alternatively, they can use hubs in Europe or the Middle East with key airlines such as Ethiopian Airlines, Emirates, KLM, and Turkish Airlines.

There are no direct flights to Tanzania from Australia or New Zealand. The option for travelers from down under is to take a South African Airways flight linking Perth to Dar es Salaam, via Johannesburg. An alternate route for Australasian travelers to reach Tanzania would probably be via the Middle East using Emirates, Etihad Airways or Qatar Airways.

There are several options for travelers to cross into Tanzania by road if they are already in one of the neighboring countries and wish to make an overland journey. Tanzania is surrounded by a large number of neighboring African countries, including Kenya, Mozambique, Malawi, Zambia, Uganda, Rwanda, Burundi, Comoro Islands, and the Democratic Republic of Congo. So, there is a variety of land border crossings to Tanzania that travelers can choose from, with Kenya’s borders being the main international crossing into the country. The most used border crossing from Kenya is the point at Namanga, which is about halfway between Arusha and Nairobi. The other chief border crossing from Kenya is on the south of Mombasa on the coast at Lunga Lunga, from where the closest large Tanzanian town is Tanga. The other quieter border crossings are at Taveta, which is between Moshi and Voi, and Isebania on the main road between Mwanza and Kisumu.

Entering into Tanzania via one of the land borders is generally clear-cut and easy. Travelers can cross the borders by bus or on a private vehicle. Border crossings from other countries include the Songwe border with Malawi and the Tunduma border with Zambia. Both these border points are quite far away from Dar es Salaam and will require a good long road trip. There is a crossing with Uganda at Mutukulu, but this is a rough road and a remote region. The easiest way to get to Tanzania from Uganda is getting on a daily bus service from Kampala to Nairobi and further driving through the border point at Namanga or Mombasa.

There is also a border crossing with Rwanda at Rusomo, although this is also in the remote part of Tanzania. Tanzania also has a border with Mozambique to the south, but road access between the two countries is very limited. The main land crossings from Burundi to Tanzania are at Nanyovu and the Kobero bridge between Ngara and Muyinga. The principal border crossings from Mozambique to Tanzania are at the Unity Bridge over the Ruvuma River or the Unity2 Bridge in the town of Mtomoni. For less-traveled routes, as well as travelers arriving from any other neighboring countries, it is necessary to take a bus, car, train or a ferry to the border, cross the border, and then catch another bus, car or train to their destination in Tanzania depending on the border crossing from where they wish to enter.

The route between Kapiri Moshi in Zambia and Dar es Salaam in Tanzania is operated by the Tanzania and Zambia Railway Authority (Tazara). The journey between these two points is almost a 50-hour journey with frequent delays. Trains usually get too crowded and travelers must take special care of their baggage. We recommend visitors to travel in first class, 2 or 4-sleeper compartment for more safety. When the train crosses the border between the two countries, immigration officials get on the train to complete all border formalities, as required. 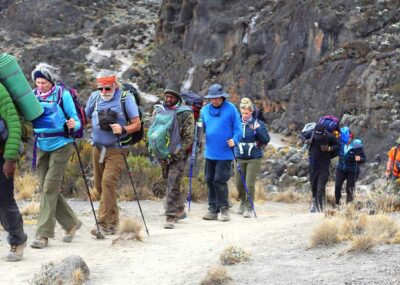 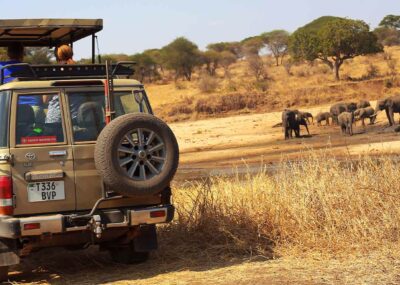