Kathmandu, the nerve-center of Nepal, flaunts rich history and vibrant culture in every possible nook and cranny establishing it as a city of assortments and contradictions. This largest metropolis carries great significance for its intriguing historic-cultural heritage, century old temples, unique architecture, fascinating history and warm people. The capital city is also known as the living cultural museum of the world. Kathmandu valley, comprising of the then mini kingdoms – Kathmandu, Lalitpur and Bhaktapur, alone has 7 World Heritage Cultural sites within a radius of 15 kilometers. For those who seek to experience spiritual enlightenment, the antique temples, enchanting Buddhist monasteries, stupas, monuments and shrines will definitely take you closer to the world beyond. In 2013, Kathmandu was ranked third among the top 10 travel destinations on the rise in the world by ‘TripAdvisor’ and ranked first in Asia. While in Kathmandu, there are several places and notable landmarks that would enrich your journey. However, following attractions are surely not to be missed if you are intent on making Kathmandu visit worth your while: 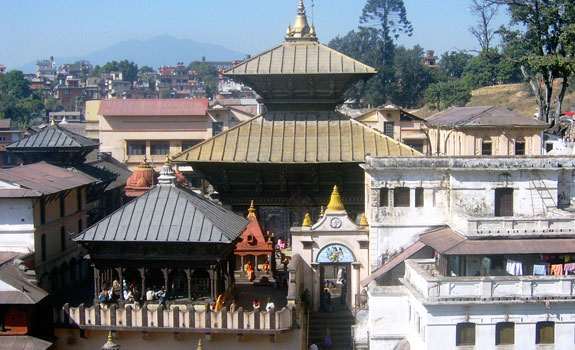 Regarded as the holiest and the sacred of all the Shiva shrines, Pashupatinath Temple with its astonishing architectural beauty, stands as a symbol of Hindu faith, religion, culture and tradition. The temple is famous for its astounding pagoda architecture and comprises of numerous gold-painted images of guardian deities, shrines, statues and sculptures. The temple has been enlisted within UNESCO World Heritage Site. 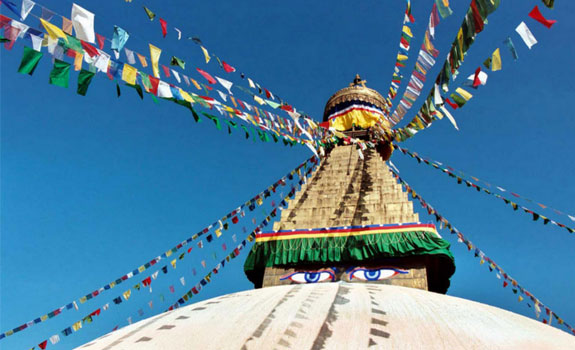 Another World Heritage SiteSwoyambhunath is one of the most famous and beautiful Buddhist Stupas or Maha Chaityas is perched atop a hill surrounded by small forest. Widely known as the ‘Monkey-Temple’, this whitewashed stupa is one of the sacred Buddhist shrines in Nepal whereby eclectic mishmash of prayer flags, Buddha statues and Tibetan chapels can be found. The view of Kathmandu over the city lights from here is exquisite. 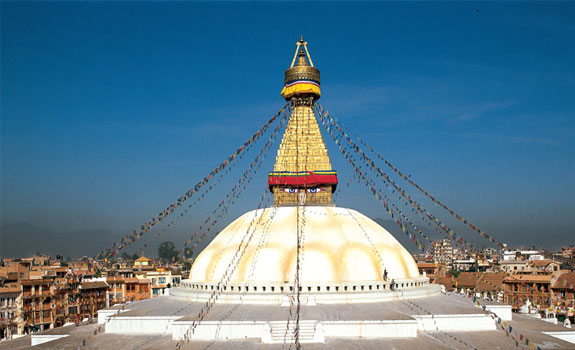 Boudhanath Stupa (UNESCO World Heritage Site) is the center of Nepal’s Tibetan community and home to Asia’s largest stupa, a spectacular white dome and spire that draws scores of pilgrims. The Boudhanath temple appears as a huge mandala, an illustration of the Buddhist macrocosm. The five Buddhas adorning the mandala are found on all Buddhist mandalas the world over. There are endless symbolic carvings and adornments to discover when visiting the Boudhanath temple. 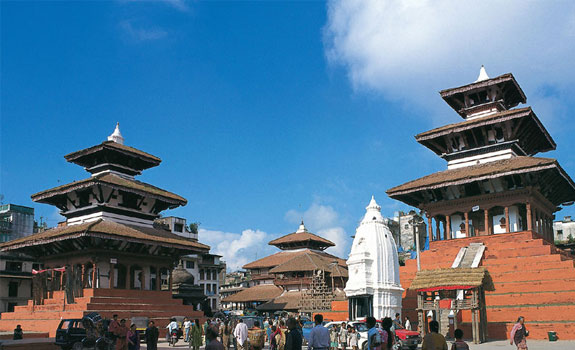 In the heart of the capital city, Kathmandu Durbar Square is a showcase of architectural museum of magnificent medieval temples, pagodas, pavilions and shrines. This UNESCO World Heritage Site that was once occupied by Nepal’s cloistered royal family and still home to the living goddess Kumari, is very much the sacred heart of the city and the backdrop to several spectacular festivals.

Garden of Dreams
The Garden of Dreams, a neo classical historical garden, is situated in the midst of Kathmandu city in Thamel.  It refreshes and rejuvenates the mind, body and soul with its ambience and amenities allowing you to delve in peace and away from the hustle-bustle of the Kathmandu city.

If you wish to visit Kathmandu and aforementioned attractions, Himalayan Glacier is at your disposal. We customize itinerary, trips and tour adhering to your requirements. For more information, please visit the following link:
https://www.himalayanglacier.com/trips/nepal/activities/cultural-and-historical-tours