Nepal’s hidden Tibetan Kingdom – Lo Manthang – is one of the remotest places on earth but it is also the main food, salt, and clothes trading route between Nepal and Tibet. Located in Upper Mustang, 50 km from the Tibetan border and 250 km from the Indian border, this isolated Tibetan settlement was founded in 1380 and was the capital of the former Kingdom of Lo. 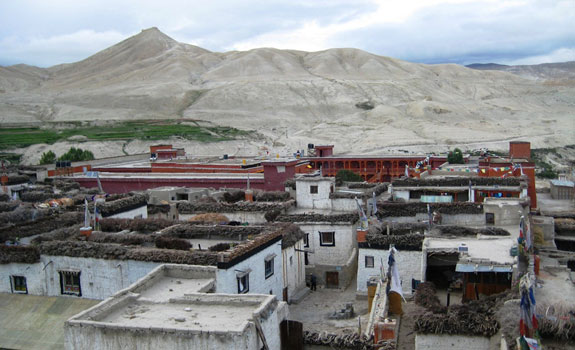 Due to its proximity to, and long association with Tibet, Tibetan Buddhist lifestyles, religion, art and culture remain intact here. The people are called “Lobas” and their language is a dialect of Tibetan. Around 900 Lhobas currently live in Lo. Lo Manthang is one of the last places on earth that still lives by and practices animist Bonpo which is the oldest and deeply spiritual form of Tibetan Buddhism.

Lo was closed to visitors until the early 1990s. Today, it remains one of Nepal’s most exclusive trekking areas. The entrance permit required by visitors is issued to small organized groups only, as a result of which, approximately only 1,000 visitors are able to visit Lo Manthang in a year. Until about a year ago, the area was accessible on foot or by yak because motorable roads were completely absent. Now roads are being built, and soon Lo Manthang will be easily accessible as compared to before.

Before modernization takes over and the grandeur is lost, pack your bags and head over to Lo Manthang, also known as Mustang. A visit to the Forbidden Kingdom is an experience you won’t forget. Complete with unique heritage and culture and breathtaking landscape, the trip will be well worth your time and effort.