Namche Bazaar (3,440m) is a tourist hub and the most popular resting stop in the Khumbu region. This hilly settlement is shaped like a horseshoe and positioned in a very unconventional location. Immediately west of this bustling town is Kongde Ri (6,187m) and to the east is Thamserku (6,608m). In addition to the abundant hotels and lodges, Namche boasts of three small museums, a stupa, a monastery, several bakeries (cafes) and many well-stocked stores. Here, trekkers can access modern communication facilities to stay connected to the outside world.

Namche Bazaar, a gateway to the high Himalayas and known for offering wonderful views of the snow-capped peaks, is considered to hold the distinction of being the wealthiest district in Nepal. It is in fact, a junction of trekking trails where different Everest trek routes are diverged. 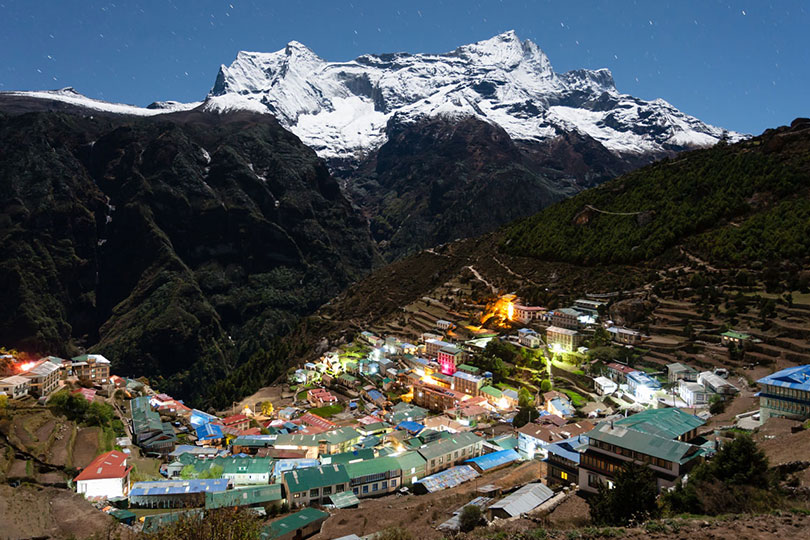 Here are 10 interesting facts and other information on tourist attractions in Namche Bazaar, for travelers preparing for an adventurous trek in the Everest territory:

Namche Bazaar is the historical capital and the administrative center for the Khumbu region. There are many Nepalese officials, a police check post and a bank besides headquarters for Sagarmatha National Park and army barracks. Besides, it is the center of Sherpa culture which extends and opportunity to learn about the flora and fauna of the region.

Namche Bazaar is a major stop-off point and a fascinating town for trekkers and climbers spending a couple of days for acclimatization if you are heading towards Everest Base Camp. You can visit the nearby Khunde, home to the Hillary hospital and Khumjung, where you can see the Hillary school. A monastery in Khumjung houses a purported Yeti scalp. This village has modern communications such as the internet and mobile and landline phones.

Traditionally, Namche Bazaar was a trading post with locals bartering yak cheese and butter for agricultural goods grown at lower altitudes. However, after Sir Edmund Hillary and Tenzing Norgay’s successful climb of Everest in 1953, the dynamics of Namche Bazaar changed forever as climbers and trekkers flocked in the region. 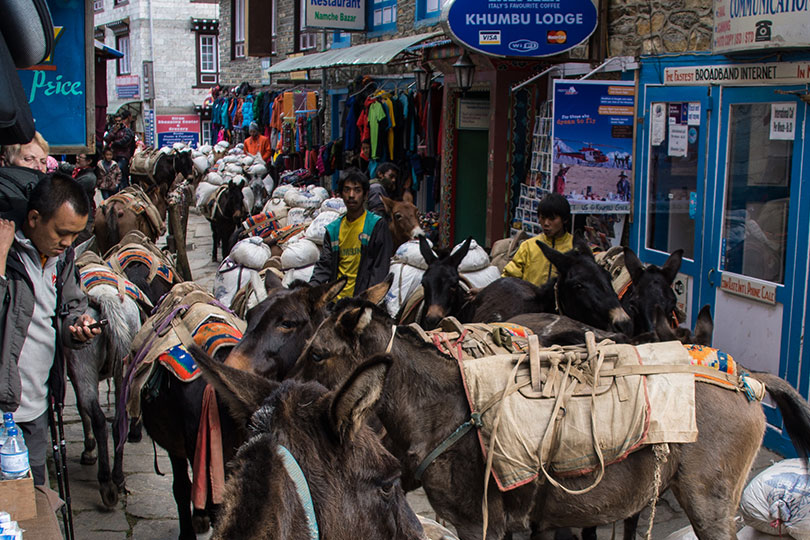 The winters are cold and dry, while summers are warm at Namche Bazaar. The temperatures, on an average, are the highest in July, at around 11.7°C while the coldest month of the year is January with an average of -0.8°C.

Sagarmatha National Park Visitor’s Center, located at the top end of the village off the Tengboche trail has some extraordinary pictures of the wildlife of the area and offers significant information about them.

Sherpa Museum at Namche Bazaar, located above the village off the Tengboche trail, is rich in information about various expeditions of Sherpas, the life cycle of Sherpa culture and artifacts. You can also witness a “Hall of Fame” gallery of Sherpas who summited Everest, including photos of Edmund Hillary and Tenzing Sherpa. 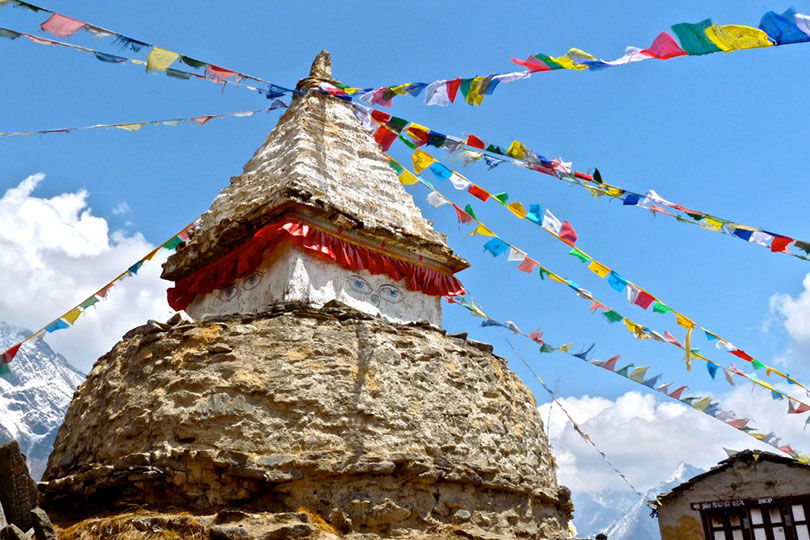 Namche Bazaar offers the cheapest option for purchasing any trekking or climbing gear you might have missed out. As the name implicates, Saturday market offers a variety of climbing types of equipment every morning on Saturday. It also attracts a variety of traders from all over Tibet and the local areas to sell goods like soap, butter, vegetables, and other products of the region.

On a hill overlooking Namche Bazaar is the Syangboche Airport, an unpaved airstrip which is not licensed for commercial operations and has few facilities. There are no scheduled services and most of the aircraft landing and departing at Syangboche are helicopters and STOL aircraft (short take-off and landing) making chartered flights from Kathmandu or Lukla.

On October 1985, former President of the US, Jimmy Carter, along with his wife, Rosalynn visited Namche Bazaar on a personal chopper of the then king, Lt. Birendra Bikram Shah Dev.