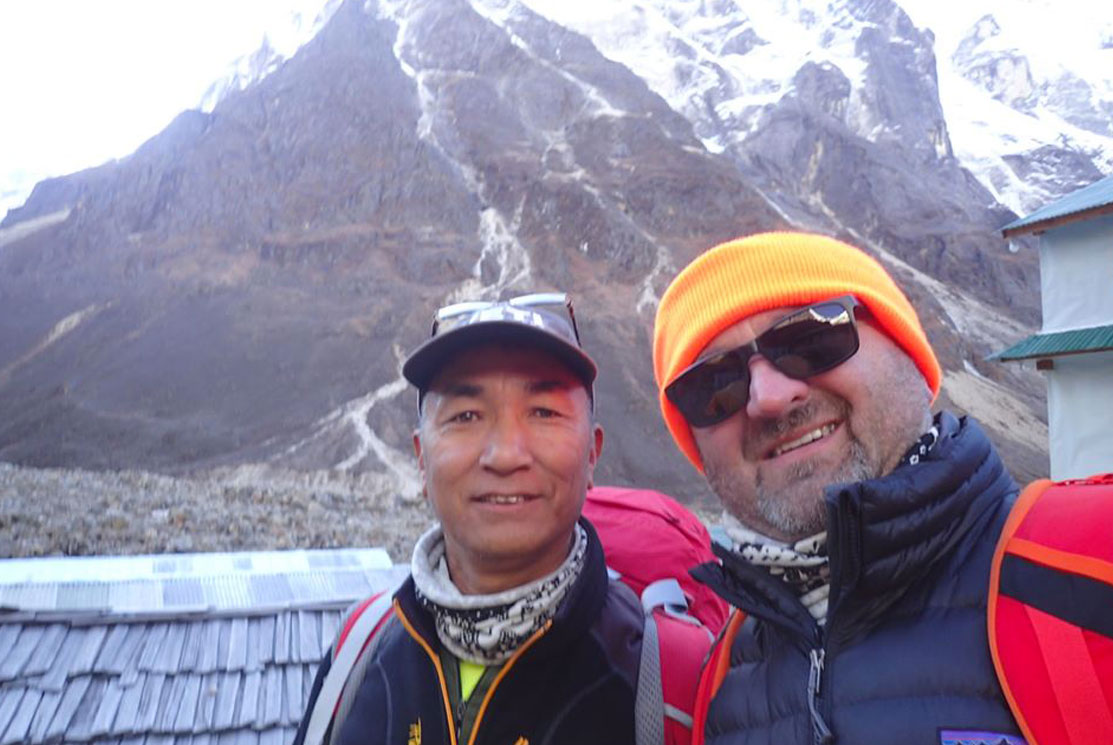 Ongchhu Sherpa was born in the mountainous region of Solukhumbu and for obvious reasons he has been attached to the mountains since his childhood. He is an extremely experienced trekking as well as mountaineering leader who has been associated with Himalayan Glacier since 2010. He specializes in both trekking as well as mountaineering. He has undertaken several training sessions to understand the ins and outs of the trekking and mountaineering industry. These trainings have helped him to shape up his career and make developmental growths.

Sherpa has scaled different peaks several times including the most coveted Mt. Everest from south face and Mt. Cho Oyu in Tibet. He is a veteran mountaineering as well as trekking leader with multiple achievements under his belt. While trekking he has been to regions like Everest, Annapurna, Langtang, Mustang, Kanchenjunga, Dolpa, Manaslu, Dhaulagiri, Makalu, and several others. Similarly, for mountaineering he has been to Mt. Everest five times, and other regions like Ama Dablam, Cho Oyu (Tibet), Mera Peak, Island Peak, Lobuche Peak, Pokalde Peak, Yala Peak, Chulu Far East, Pumori Peak and numerous others. He has accompanied trekkers and mountaineers from countries like the US, UK, Canada, Australia, Ukraine, Netherlands, Austria and several others. Ongchhu has enjoyed traveling to the UK and Tibet and has plans to visit a few other countries in future. 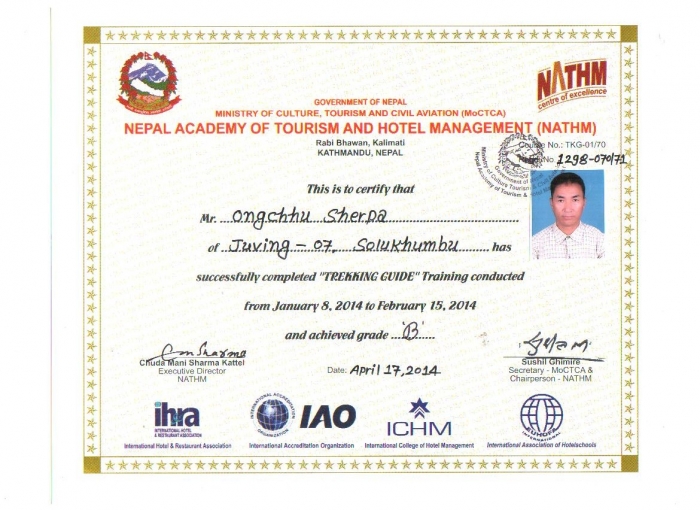 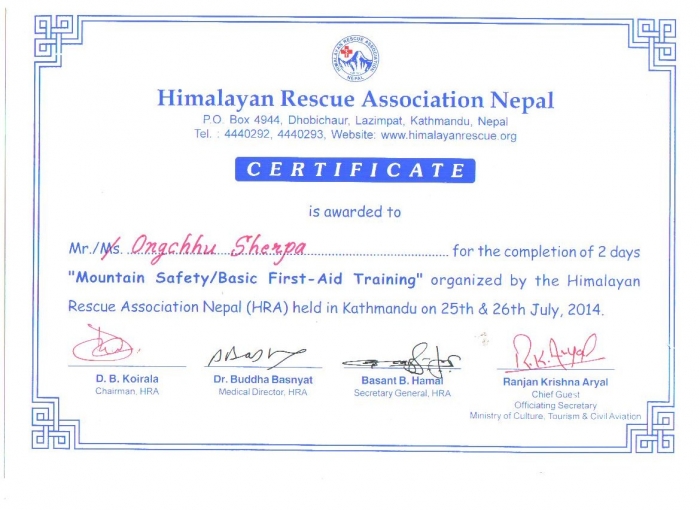 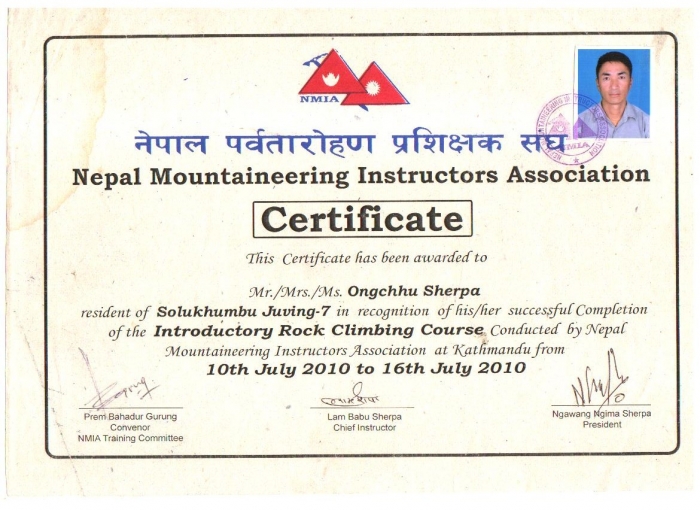 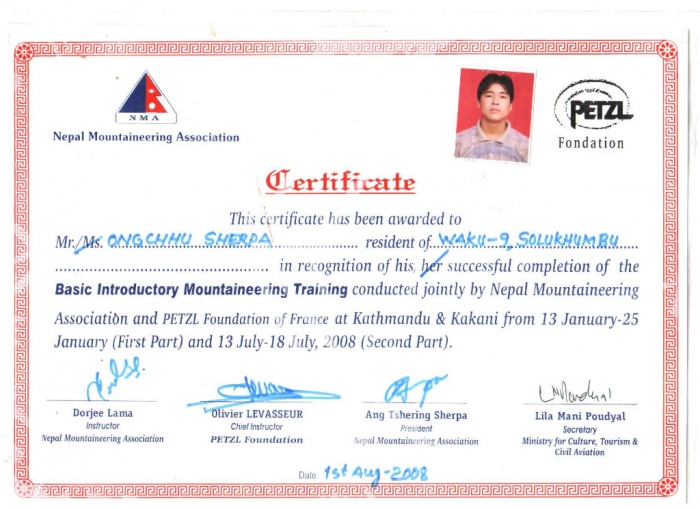 We did Mera Peak and Amphu Lumbcha pass October 2019 with help of Himalayan Glacier trekking company. From the beginning of planning to the very end of this adventure I couldn't be happier. People from this company are truly doing everything to make sure you are getting what you want and you leave with best possible experience. They are really professional at what they doing. My trip was tailor made according to my time frame and a budget. Communication and planning was like a talking to long time friend. Cant say enough thank you to Rayuna and Ashmii for planning and taking care of logistics in the office. At the trekking itself we had two best possible guides, Sherpa Ongchhu and Sherpa Saila, who were making sure we are safe and have the best possible experience in the mountains. This company is always doing extra step, like surprising me with a birthday cake, which sometimes means a lot, especially when you'e far away from home. Thank You Ashmii for that. And of course big Thank you to the owner of this company Mr. Sagar. He was realy doing for me much more then he should. He makes me feel like I'm part of his family, like a brother. Thank You again. Bottom line this company learn it's reputation and it is highly recommended. I've been working with them several times and I will work with them again on my next adventure.

We were a group of four (three from Australia and joined by one from the USA) completing the Mera Peak circuit. This was over multiple days of acclimatising via the south route from Lukla, followed by Mera Peak summit and return to Lukla over the high mountain pass. What an adventure we had with a 100% successful trip thanks to the very competent folk at HGT. Our trip was organised perfectly with nothing for us to worry about, particularly with our limited/zero high altitude experience. We were lucky enough to be assigned Ongchhu Sherpa as our guide, who has summited Everest seven times along with other 8000m peaks as well as Mera Peak 100+ times. We immediately felt in good hands and he did not let us down. Ongchhu, his assistant Lakpa and porters Mingma, Brakas and Bikas were all very friendly, attentive and professional. We could not have asked for a better team. We had a ball combined with an amazingly challenging time on our 13 day trip. Do not underestimate how much harder altitude can make a trek. Would I do it again and sign up with HGT? Absolutely! 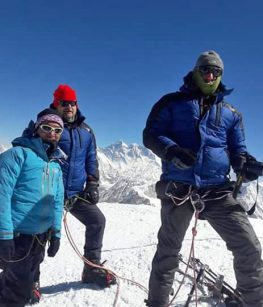 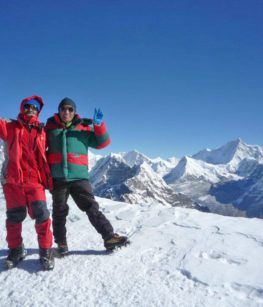 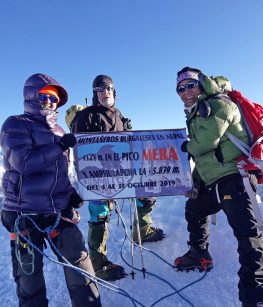 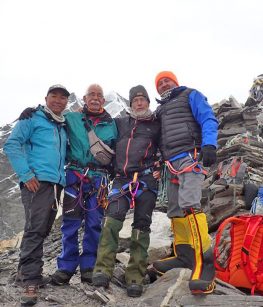 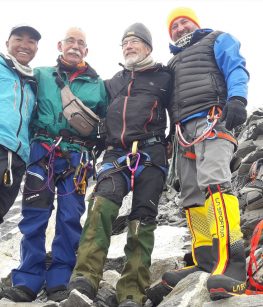 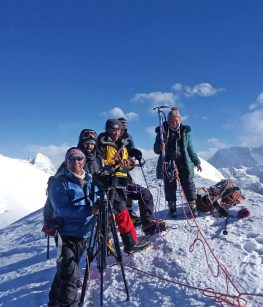 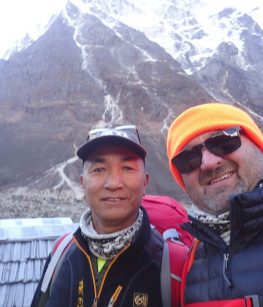 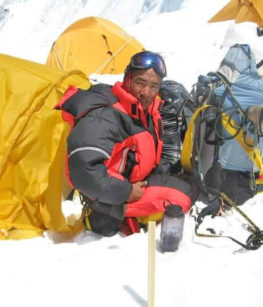