So you have heard a lot about Everest, the triumphant ascents and treks but never had a chance to go yourself? Don’t worry because our clients not only made it to the mighty Base Camp but have brought the Everest with them. Through their insightful documentary on ‘TAC-TIC Journey’ as they put it to the Everest Base Camp (EBC), allow us to bring the Everest to you. 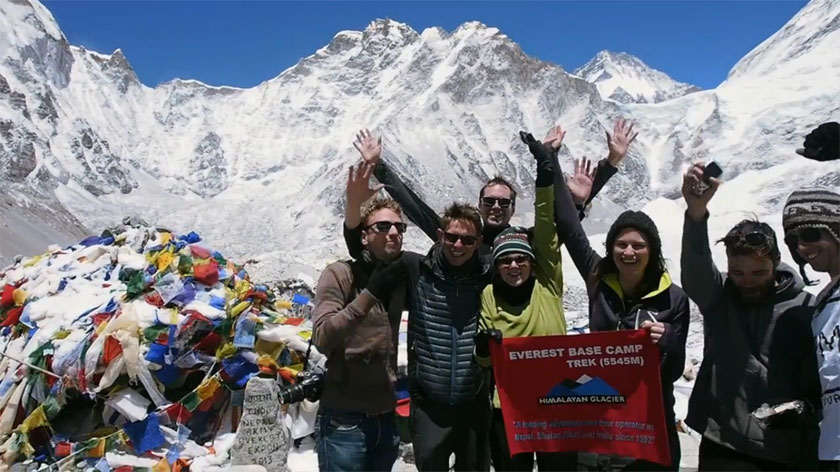 The team of seven (Dale Kirsop, Amy Johnston, Jonathan Hollis, Neil Hunter, Guy Cooke, Patrick Cronin, and Paula Bloodworth) were up for the mighty challenge to the EBC (5-18 May 2013). You can feel the excitement as they make their way through the only international airport in Kathmandu. Nervousness washes over the team as they board their flight to Lukla, allegedly the most dangerous airport in the world. They make their way through Sagarmatha National Park in high spirits upon landing in Lukla. Fascinated as they pass by yaks, long swaying bridges and spinning prayer wheels for good karma along the way, they were invincible until they encountered altitude sickness.

With increasing elevations, some of them felt sick and almost powerless on the face of the mighty Everest. Tears were shed, and spirits were low, but as they got higher, with base camp getting closer with each step and the elusive Everest drawing them in, they were unstoppable. With their final footstep to the base camp, they experienced their larger than life moment. Check the following documentary to get a true feel of the Everest Base Camp: