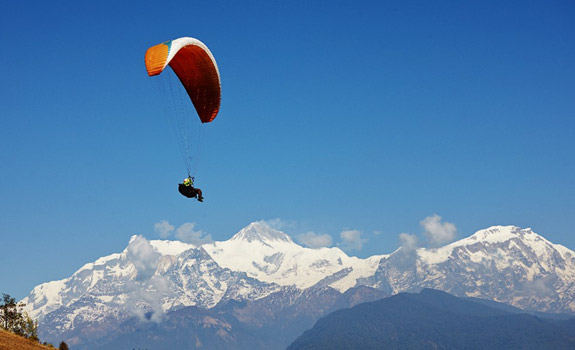 The super adventurous sport of paragliding will commence officially in the Kathmandu valley after conclusion of the Dashain festival with a joint effort from the South Korean ParaLove Company and the Paragliding And Hand Gliding Company based in the capital city.

The paragliding will take place from Bisankhunarayan VDC of the Lalitpur district.

The airborne entertainment service is currently on a test at the localities from where visitors get a chance of relishing a splendid view of the three districts of the valley below.

The service that will start with the theme ´Paragliding in Kathmandu´ will be open for public from 8 am to 5 pm.