Despite being an old city in terms of historic monuments or prehistoric handicrafts, Kathmandu is now developing gradually on the recreational activities. It is amazingly shocking to know that Nepal has a large number of festivals which are very entertaining especially to foreign travelers. Most of the festivals involve enlivening performances, dances and charades featuring the most popular mask dances which are means of laughter and entertainment. Some of the modes of entertainment in Nepal are as follows:

Dating back to the Malla period, theater in Nepal, which comprises skits, comedies and adaptations from Sanskrit dramas flourished and became popular. At present there are three venues in Kathmandu namely The Rashtriya Naachghar, The Royal Academy, and The City Hall.

Nepal is a rich treasure house of folk songs depicting the various ethnic features of the country. Religious music is a part of most of the sacred processions. Both religious as well as folk music have been a source of entertainment in towns as well as rural villages. Over the last few decades, western music has influenced much to the modern Nepalese music scenario. You can see live music performances in the restaurants and music bars in the tourist hotspots of Kathmandu and Pokhara. Some of the most hot and happening music hubs in the country are:

Lakhey, Devi, and Mahakali Dances are the most popular masked dances of Kathmandu that are classified as classical dances. These traditional dances are related to the ritual worship of holiness of various ethnic groups. Then, there are folk dances depicting joy, sorrow, fear and aspiration of the different ethnicities amalgamated with a variety of expressions. Spots to witness extraordinary dances in Nepal are as follows:

There are countless cinema houses in Nepal where Nepali, Hindi and English movies are shown. Going out for a movie in Nepal is quite a fun experience. Movie halls are of different standards and the price of a ticket will cost you according to the benchmarks of the hall, which ranges anywhere from US$1 to 5. These are perfect places to sit back, relax and get entertained with the celluloid offerings of some Hollywood, Bollywood or Nepalese movies (even if you do not understand the language). Some of the places where you can entertain yourself for a couple of hours with celluloid delight are:

You will find several discotheques and nightclubs especially in the tourist hotspots of Kathmandu and Pokhara. Most of the luxurious hotels including 5 star hotels and some 4 star hotels are equipped with discotheques to entertain the in-house as well as walk-in guests. Most of the nightclubs of Kathmandu are located in Thamel. These discotheques and nightclubs are usually open till very late at night. Some of the most prominent places to hangout and experience the nightlife in Nepal are:

People travel to Nepal for various reasons and one of the most shocking reasons that tourists come to Nepal is to try their lady luck in Casinos. There are several casinos which serve as an entertainment tool to Nepal visitors in the capital city of Kathmandu. These casinos offer non-stop games including blackjack, poker, flush, pontoon, roulette, and other card games as well as slot machines. There is no doubt that Nepal has become a crowd-favorite for gambling where casinos are filled with the promise of wealth and riches as well as the much desired entertainment. The five prominent casinos in Kathmandu that offer 24-hour unlimited fun are: 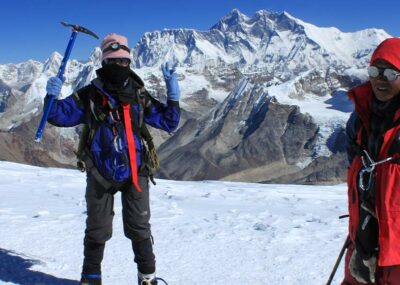 To stay away from any confusion on what to pack for climbing in Nepal, we have prepared a perfectly designed packing list. Although not decisive, this list is intended as... 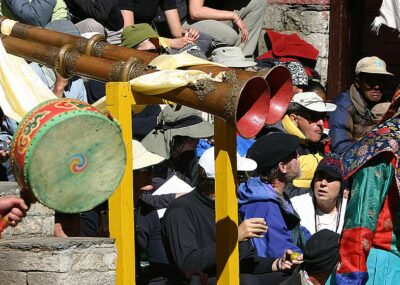 Every year, for 19 days, Sherpas from all over the region come together to celebrate the Mani Rimdu festival. For this purpose, traditional drums and chanting echo through the Himalayas.... 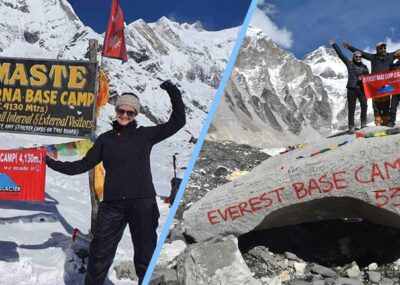 Annapurna Base Camp vs Everest Base Camp

Get your facts right before deciding where to trek: Annapurna base camp or Everest base camp? So, you want to hike in the Himalayas? That’s fantastic! And, if you are...
View More Blog