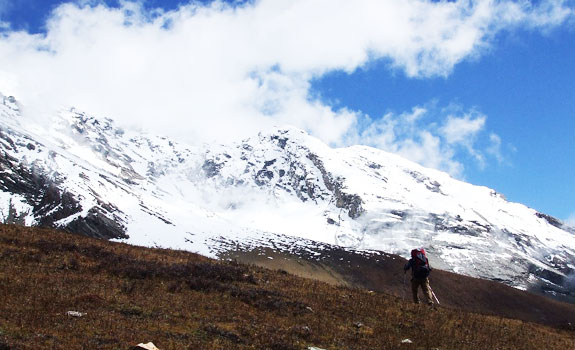 One of the most popular climbing peaks within the Annapurna region, Pisang Peak is one of the smallest trekking peaks famous among novice climbers for its easy climb, short span and breathtaking Himalayan vistas. Pisang Peak rises above from Pisang village and yak pastures in a uniform slope of ice and snow to the final summit pyramid.

In order to reach the base camp from the Pisang village, the path moves up through thin wood and grazing land to a Kharka (4,380 m.) which is considered as the best place for base-camp set-up. Base camp lies at an elevation of 4200m in a flat alpine section along the ragged trail. The peak is fortified by a hanging glacier to the west part which is considerably challenging. The final summit of the Pisang peak is seen covered by snow throughout the year.

Here is a rundown of notable attractions from the trip:

For booking and more information, please refer to the following link: