The kingdom of Bhutan perches high on the lofty ridges of the eastern Himalayans, choosing to remain a hidden paradise, accessible only to a fortunate few. The hermit kingdom has preserved its rich cultural identity throughout years of isolation. It is a country with a strong ancient Buddhist culture which was almost completely cut off for centuries safeguarding its historic culture and tradition. Bhutan is home to more than 10,000 stupas or chortens and more than 2,000 sacred monasteries that were built centuries ago in honor of the Buddhist teachings. Druk Yul or the ‘Land of Thunder Dragon’, the country as called by Bhutanese is a land replete with myths and legends. It is a place that can remind us of the true meaning of cultural authenticity. 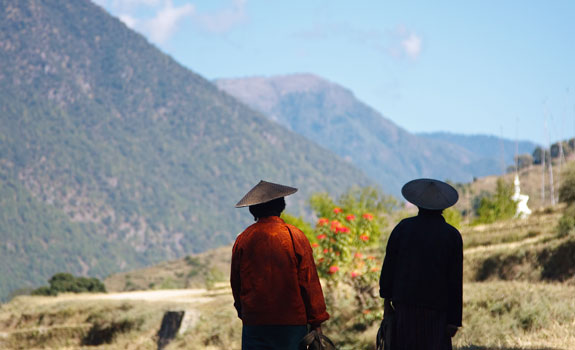 Bhutan is equally marked by raw natural beauty renowned for complex gorges and valleys, soaring snow-peaked mountains and steep slopes, humid jungles, and foothills, magnificent lakes, waterfalls, fast flowing rivers and streams and the richest biodiversity of flora and fauna. This pristine environment is home to exotic wildlife and is the last refuge for endangered species like the Black-Necked Crane, the Blue Sheep, the Golden Langur, even the Royal Bengal Tiger. This kingdom often referred to as the last Shangri-la, is a land of spiritual people, remarkable scenery, natural wonders, and proud and vibrant culture. Bhutan’s strategy of “low volume, high quality” tourism has made it a highly regarded destination among discerning travelers. Himalayan Glacier gives you the best of Bhutan allowing you to submerge within the scenic natural landscape, rich culture, ancient history, exquisite heritage and traditions warily secured within this mystical kingdom.

For a soul-cleansing experience on the last Shangri-La on earth, please refer to the following link: