Experience some of the most picturesque areas and memorable treks and trails as you make your way through the remote landscape and rugged mountains in the western region of Nepal. While in West, you witness the pristine natural landscape, raw wilderness and the unique ancient culture and traditions well preserved till date. Often described as the unexplored region, untouched and secluded, this area holds some of the most potential attractions, ranging from the largest herd of Swamp Deer in Asia at Sukla Phanta Wildlife Reserve to the majestic beauty of the alpine meadows, forest and lakes at Khaptad, to picturesque off the beaten trails. Trekking in the west is as authentic as it gets. There are roaring gorges, precariously perched villages and terraced fields reaching to improbable heights, and some of the most graceful and accessible peaks of the Himalayas for a backdrop. The pristine forests host abundant wildlife, including leopards, monkeys, bears and rich birdlife. For those with a sense of adventure, there is still much to uncover here – exploration that is as much cultural as it is natural. Some of the destinations in western Nepal trekking are Himalayan ranges of Nampa, Saipal and Kanjiroba, Shey Gompa to the north of Shey Phoksundo Lake and Humla to the north-west of Jumla. Following are some of the notable attractions in the West:

The birthplace of Lord Buddha, in the Terai plains of Nepal is one of the greatest pilgrimage sites for Buddhists. Enlisted as a UNESCO World Heritage Site (Culture), it holds immense archeological and religious importance. Lumbini is one of the holiest places of one of the world’s great religions, and its remains contain important evidence about the nature of Buddhist pilgrimage centres from as early as the 3rd century BC. 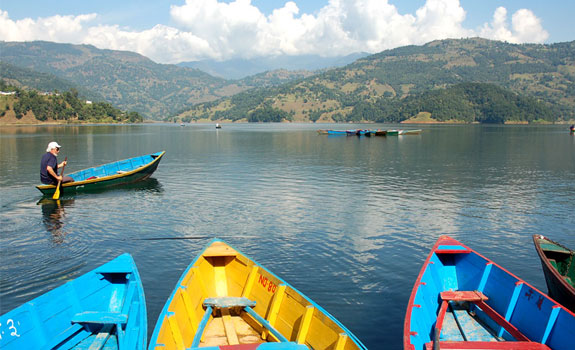 The pristine air, spectacular backdrop of snowy peaks, serene lakes and surrounding greenery make Pokhara ‘the jewel in the Himalaya’. With the magnificent Annapurna range forming the backdrop and the serenity of three major lakes – Phewa, Rupa and Begnas, one can find peace and tranquility. Is also serves at the gateway to the Annapurna region, one of the ‘must visit’ places in Nepal. 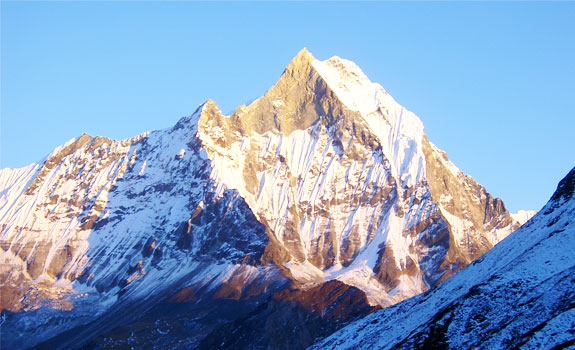 The Annapurna Region in north western Nepal has been touted as having the world’s best trekking routes. From the lake city of Pokhara, popular treks lead to Jomsom, Annapurna Base Camp, Mustang, Manang and around the Annapurna mountain. Short treks to Sikles and Ghandruk are just as popular. The Annapurna region is an area of contrasts comprising the wettest, driest and windiest places in Nepal. 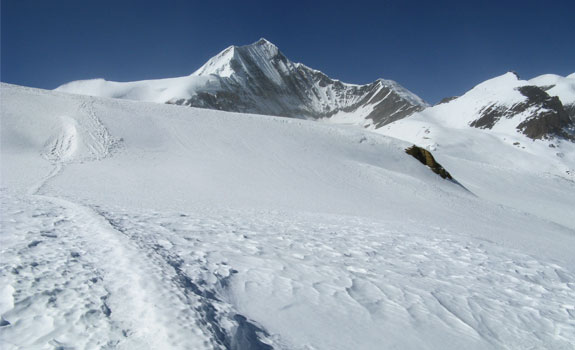 Dhaulagiri separated from the Annapurna region by Kali Gandaki Gorge (deepest in the world) includes some fifteen peaks above 7000mt. Trekking in this area is relatively strenuous and is considered one of the challenging and most rewarding trek around the inspiring Dhaulagiri massif. Dhaulagiri offers amazing natural scenery, evergreen forest blossoming with rhododendron combined with native warm hearted people and their heady mixture of unique culture.

This unique trek is a combination adventure, nature tour and cultural exploration. It takes you past alpine meadows dotted with wildflowers overlooking magnificent snowy peaks, following rivers and mountain brooks. Within a short time frame you will get to see and witness some of Nepal’s most picturesque and beautiful spots among them the Shey Phoksundo National Park and Phoksundo Lake.

There are an estimated 2,000 to 2,500 swamp deer in this reserve making it one of the largest herds in Asia. The reserve is also home to the rare Bengal florican. Reptiles include Marsh muggers, Indian python, monitor lizards, cobras, rat snakes and kraits but these are seldom seen.

It is the largest and most undisturbed wild area of the Terai. Bardia has the country’s second largest tiger population, plus blackbuck antelopes, a few wild elephants, Gharial crocodiles, birds and mammals, and some rare Gangetic dolphins in the Karnali River on its western border.

If you wish to make Western Region your next travel destination, Himalayan Glacier is at your disposal. We customize itinerary, trips and tour adhering to your requirements. For more information, please visit the following link: