Thousands of Nepalese have lost their lives and thousands more have suffered injuries and loss of property due to the devastating earthquakes that shook the entire nation on the 25th of April 2015 as well as on the 12th of May. The natural disaster has not only affected the nation’s capital, Kathmandu, but its effects are far more adverse in the rural areas of the country. The Nepalese government has designated 14 districts as the most affected districts. Among the affected, Gorkha is the one where all of our relief efforts will be directed.

The Nepalese people are trying hard, more than ever, to get back on their feet. As such, the voluntary work is Himalayan Glacier’s effort at reaching rural and hard-to-reach areas where many of the poorest and most affected remain. 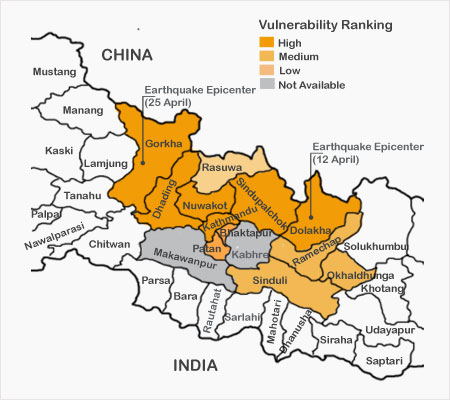 You can also volunteer with us for 2 weeks, 3 weeks or a month. The first two and the last two days of all the itineraries will remain the same. However, you will be doing more work when you stay longer.

The given activities may change as per the needs of the affected.