With the aim of promoting the Buddha’s birth place and tourism between Nepal and India, Nepal-India Tourism Mart 2013 began in sacred Lumbini. The tourism promotional event is organized by the Indian Embassy, Kathmandu in association with the Ministry of Culture, Tourism and Civil Aviation (Government of Nepal), and Nepal Tourism Board which is participated by government officials and basically tourism entrepreneurs of the two countries. 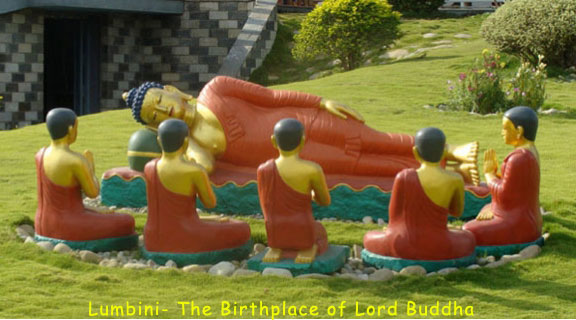 While inaugurating the event the dignitaries of travel industries and ministries of both the countries hope that the tourism mart enhances to uplift the livelihood of common people across both the countries. Further, Nepal-India Tourism Mart 2013 expects to develop Lumbini through the inception of modern technology in extending the stay of tourists visiting Lumbini.

Primarily, the mart is likely to be a milestone in promoting Buddhist Circuit in between Nepal and India through developing networks and interactions among the tourism entrepreneurs of both countries.